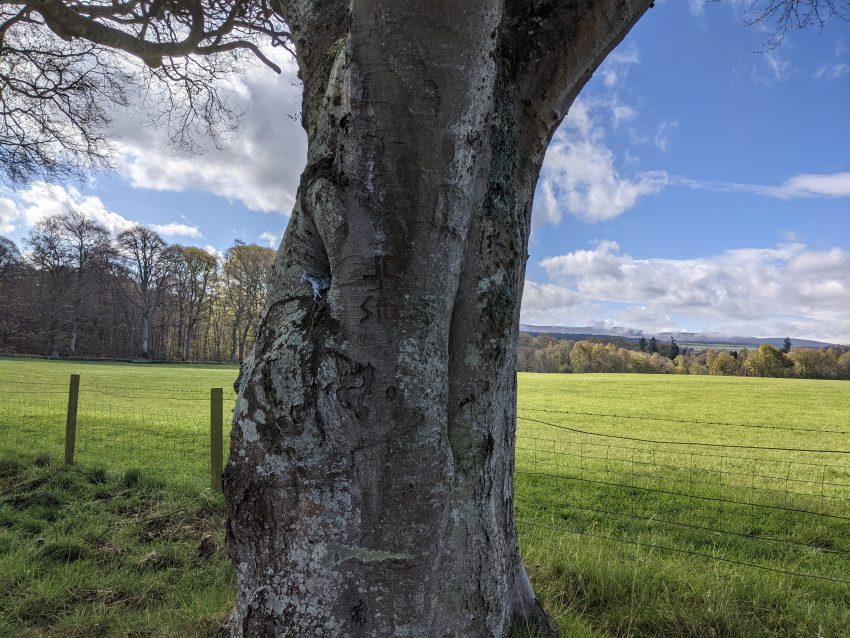 Things always come back to us.

When Auri was much smaller – a baby, rather than toddling around – she pulled her hat off in the woods and tossed it aside. Euan only noticed when he returned home and was gently extracting her from the baby rucksack and discovered it was nowhere to be found. It was her first sunhat and, as a result, held sentimental memories in the way many first things do. Pulling his shoes back on, he set off to go and find it, only to find it hanging on our garden gate. Two women who lived round the corner and had been walking their dogs a little behind Auri and Euan must have noticed, and brought it home for us.

Other things have been lost in the woods, only to be found again. I have had to go jogging back down paths a number of times to find Mog or Effy. Auri can’t really even be said to be toddling now, as she hurtles everywhere quite confidently at a not inconsiderable speed. The last time I went looking for Effy, I found the plastic elephant carefully placed in the middle of the path. That was no accidental fall or drop, even if it had resulted in mild trauma shortly afterwards upon realising that Effy was no longer in our group.

We’d found Horsey (like Effy, a collective term as well as an individual name) thrown at the side of the path a few weeks previously, having clearly been abandoned by Auri a day or two before that.

This time, Horsey was in a tree. It had vanished some time ago, and I’d assumed we wouldn’t see it again. But, nay: there, in a pocket in the trunk, was Horsey, quietly watching for the day she would be reunited with her capricious (or perhaps just careless, absentminded) mistress. Auri chuckled all the way home, repeating “Horsey! Horsey!” whilst grinning and clutching her friend tightly in her little fist.