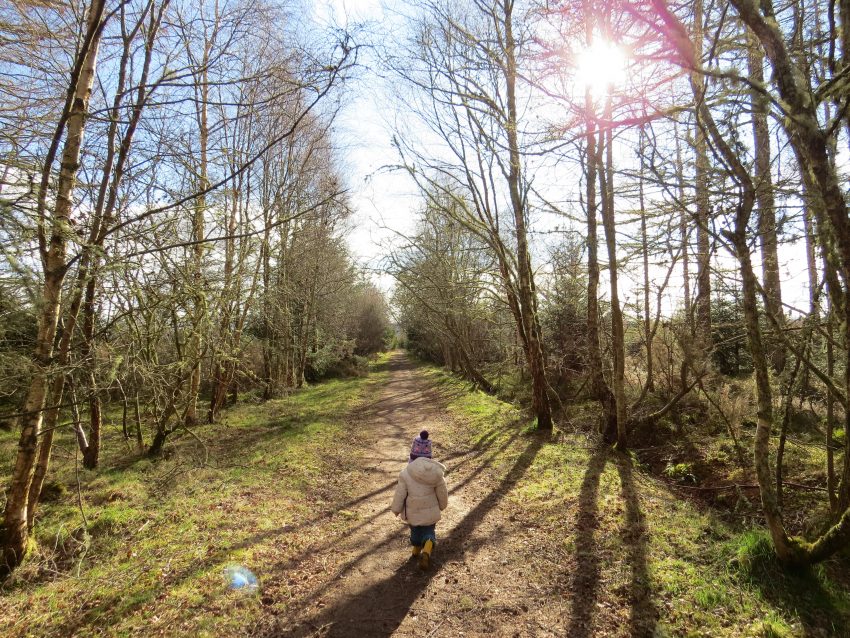 It is spring and the woods are rustling into life again. While it is undoubtedly true that there is much going on, they’re not quite yet displaying that pace of progress where one feels like they are going to imminently transform the moment my back is turned. Hence, rustling: they are quietly whispering their way to their spring and summer colours, rather than making a mad dash as they tend to do slightly later in the year.

There is a still a considerable amount of dry brown, the now-brittle ferns all fading away day by day, increasingly stumbling and curling in on themselves rather than standing, and paper thin to touch.

The colour of early spring, though, is silver. The silver-green of the lichen that so many of the trees bear in the the Larchwood, and the silver-brown of the scars left carved in the trunks of the beech trees lining The Avenue. I always wonder why anyone would want to disfigure something so glorious with their own clumsy, blocky signifiers. Perhaps an urge to achieve paradoxical temporary permanence, to leave their mark. Perhaps boredom or lack of imagination.

Like the woods, people around me (metaphorically, virtually) are rustling. And, after a winter of thinking and preparing, I am picking up my (metaphorical, virtual) notebook again.